I love reading all the time but there is just something about SUMMER READS, am I right??

This month I read 4 books and listened to 1 on audio.  Let's get to it! 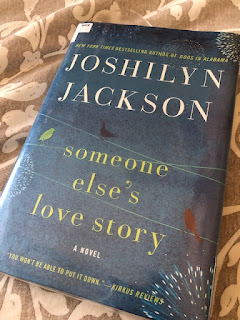 1. Someone Else's Love Story by Joshilyn Jackson: I liked this book but didn't love it. This is a story with a really odd premise: It's about a single mom who falls in love with a man she meets in a hostage situation. The woman's back story is sad and complicated. There's a twist at the end that I did not see coming. This one features really quirky characters and was basically a Lifetime movie in book form. That said, I really liked the writing in this one and thought the two main characters were really well fleshed out. This would be a good pool side read. 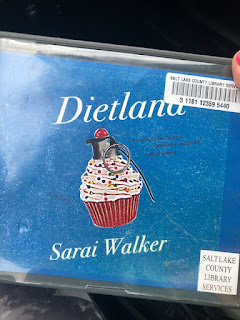 2. Dietland by Sarai Walker--OK----I have some THOUGHTS on this one. It is really hard to pin this one down, but here are some elements it features: feminism, violence, body positivity, sex, the beauty industry, eating disorders, the military, cults, diets, a charming protagonist, outrageous supporting characters. This was a great audio listen because it's pretty easy to follow. This is a book that begs to be discussed.....there's a lot to dissect here. This one has rave reviews so to sum it up, I'll share this one from Amazon: "Warning: this debut novel from a onetime writer for Seventeen and Mademoiselle is not what it might at first seem to be: a funny send-up of the beauty industry and the media that support it. Well, ok, it is that, at least for the first 50 pages or so, but it soon becomes one of the more intelligent, and not a little subversive, depictions of women in our society. Oh, drat: that makes it sound brainy and Feminism 101-y, which is not right, either. So... trying again. Read Dietland, the tale of a young, overweight woman who hides behind a skinny-girl persona to write an advice column for a women’s magazine – and is soon drawn into an underground community of women who forthrightly and fabulously reject that culture. Read it not only because it’s smart and timely (and shocking: it explicitly takes on the adult film culture as well), but because it’s heartbreaking and tragic and very very comic (as long as you like your laughs dark) and because it will guarantee that you never look at a lipstick or a pair of stilettos or a bathroom scale the same way again. Sarai Walker is some kind of twisted sister. And of course I mean that as the highest possible compliment. – Sara Nelson" 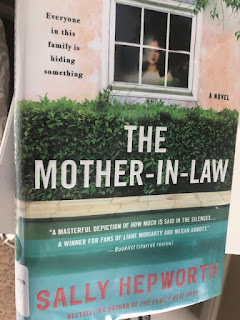 3. The Mother in Law by Sally Hepworth: I originally picked this one up because I was expecting a juicy thriller ala' The Couple Next Door and Behind Closed Doors. The Mother in Law is similar to books in that vein, but it's also sort of sweet and surprising. I won't give too much away, but I really enjoyed this book. I think Sally Hepworth's "The Family Next Door" is much better, but this one kept my attention as it dives into the interesting relationships that form with non-blood related family. 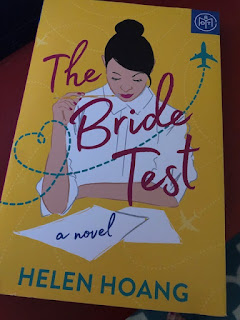 4. The Bride Test by Helen Hoang: This was my May Book of the Month Club pick and I was honestly pretty disappointed with it. The set up? An overbearing mother visits Vietnam and pays a woman to move to America and marry her son with Aspergers. He is a nice guy but struggles to relate to people and his mom wants grandchildren like yesterday. It all takes place within the Vietnamese community of San Francisco. It seems like a cute storyline.....getting together for selfish reasons and ending up falling in love. Meh, it sort of fell short for me. I honestly felt bad for the female protagonist and I'm pretty sure the author didn't intend to make this cute romance about the crazy sacrifices a young woman must make to create a better life for herself but it read like that and I just felt icky about it. There are FAR better romance/beachy reads out there than this one. 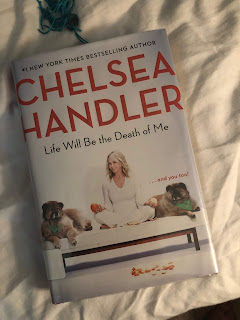 5. Life Will Be the Death of Me by Chelsea Handler: Without a doubt, this was my favorite book of the month. I've read all of Chelsea's books and while hilarious, they can also be a bit....inappropriate to say the least. There's a lot of debauchery, but hey, that's Chelsea's whole shtick. This one still features her trademark politically incorrect humor, but it just has so much more heart than anything else she's written. After a year of political activism, Chelsea is devastated when Trump gets elected. She decides to take a year off, do some soul searching, work through some issues in therapy, and finally open up about the death of her brother at a young age and her struggles with her family. She is brutally honest, committed to changing for the better, and even if I knew nothing of Chelsea before this book I would have liked its take on grief and loss. But knowing Chelsea from her previous work just makes this book all the more impactful and well done in my opinion. It's not for everyone, but I appreciated the fresh take (so much so that I devoured this one in 48 hours).

I am on the waitlist for lots of books from the library and can't wait to dive into more summer 2019 reads!

Savor Your Sparkle,
Leslie
Posted by This Sunday Kinda Love at 9:02 AM