This is Us and The NICU

After you've lost a baby, you take in all forms of pop culture with both hands over your face, sometimes catching glances between your fingers to see if something is "safe." I've been known to send a text to pals like, "Hey, The Good Doctor has a sick baby story line, FYI" or "Did you watch such and such yet? Is there anything triggering there?" The thing is, 9 times out of 10, I end up still watching, listening, and reading whatever it is (Jodi Picoult has some doozies), but it's super helpful to know what I'm getting into and if I even want to see the portrayal of a sick child, a death, or any tough mommy/baby story lines at a particular time. That's why, when This is Us tackled a NICU storyline, I had to psych myself up to watch but I am so so so glad I did.
This is Us spoilers ahead..... 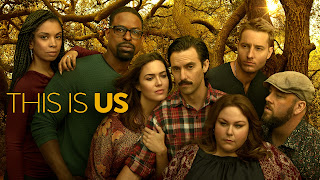 This show is one of my very favorites for a lot of reasons, but probably my most favorite thing about it is that it tackles real life issues without kid gloves. Ok, so most people don't have a deep-seated hatred of second hand crockpots like the Pearson family might, but this show takes many real life situations. For instance, we've seen so far:
-PTSD/Soldiers home from war
-Adoption
-Racial Issues (and the uniqueness of inter-racial families)
-Weight
-Family Relationships
-Addiction
-Poverty
-Marriage
-Politics
-Gender Roles
-Homosexuality
-Parenting
-Medical issues
-Death and Loss
-Sex
-Aging
-Gentrification
-Foster Care
-Infertility
......and more! See? Real life, lots of it!

The baby loss story line started for this show on the very first episode. I had read before the show premiered that there would be a central storyline on the pilot about Rebecca and Jack losing one of their triplets. I appreciate that this show "went there" and the scene between Jack and the doctor is one of my favorite scenes ever ever ever on any show. 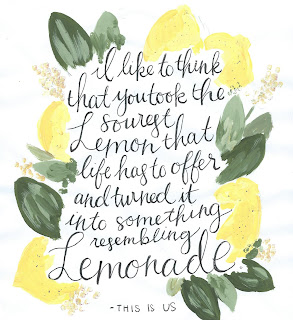 While Randall came along and completed the "Big Three," I just so appreciate that the writers acknowledging that some babies don't get to come home. Since the show jumps around time periods and rumor has it, the next season will focus on Rebecca in the past, I am hoping for more of her struggles with the loss of their son, Kyle. I would love to see Kate and Kevin dive into this as well. I feel like the deep, cutting loss of their baby was sort of glossed over to make way for Randall. And ya'll know how much I love Randall, but still. 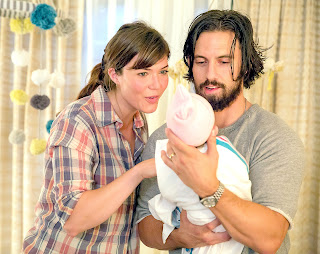 Flash Forward to recent seasons---After a few episodes involving infertility, miscarriage, and IVF, Kate and Toby finally seem to be having a healthy pregnancy (Can we also give an amen that the writers tackled the often unpredictable road to getting pregnant?). The episode where Kate's water breaks early sat in my DVR for a solid week before a dared press play. But I knew I had to watch. My water broke at 29 weeks. This story sounded so very familiar. When Randall says on the phone, "It's too early," my heart sank. Those 3 words are so relatable. In fact, I repeated those same 3 words the whole way to the hospital.

The episode called The Waiting Room was so well done. The long wait, the not knowing, the anticipation, the terror, but also hope....I wanted to hug all the characters and tell them, I get it. I truly do. 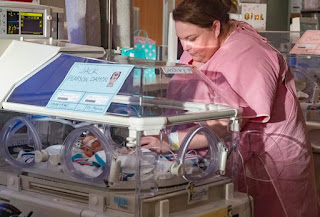 We know baby Jack does end up living, and going home, but we don't know that until the very end of the season finale. In between the birth and that scene, we experience Kate and Toby adjusting to life as NICU parents of a teeny tiny baby. Ok, I'll admit, this was challenging to watch but a standing ovation to this show for actually showing the NICU! It's a real place, and a hard place, and there's tons of noises and cords, and medical jargon. It's fast paced but there's also just a lot of waiting. You get a crash course in neonatal health. You befriend nurses. You long to hold your baby with every fiber of your being. It was our reality for just a week, but I remember it SO vividly. For many people, the NICU is their home for days, weeks, and months. So much content (shows, movies, and books) show a mom pushing for a few minutes (right around her due date, of course), a quickie hospital stay, and then baby goes home. I think it's so brave and powerful to bring to light the fact that this is simply not everyone's reality. 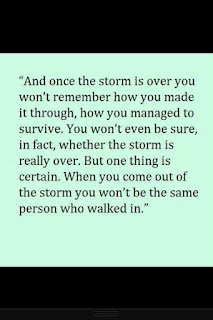 The ways in which the characters deal with this situation are wonderfully portrayed. Rebecca goes into action mode, takes notes, and tries to take in as much information as she can. Kate simply wants to mother, and is trying her best in a very unnatural situation. Toby sort of freezes and has a difficult time wrapping his brain around how radically different this situation is than what he had in mind. Although each of these reactions is a bit exaggerated within the characters, each reaction is pretty accurate in my opinion. I, for one, experienced all 3......usually all within the same hour. 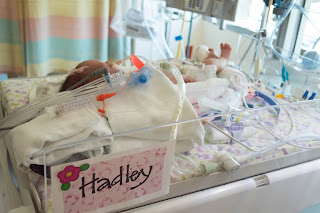 It's difficult sometimes to interact with things that may be "triggering," but I think it's also healing. You know how Hollywood is trying to make content that feels a bit more diverse? More women, more people of color, etc? I feel like depicting real life situations involving birth and baby illness and loss is just as important. It makes me feel less alone. It gives voice to many experiences we have had. It's powerful, honest and it's vital. TV is entertaining---how else can you explain why, on Monday evenings, I watch 30 people exit a limo into inevitable drama on their "journey" to find love? It's fun. But television, like all forms of entertainment is a mirror too, catching us looking right back at ourselves. I can't wait to see what happens next. 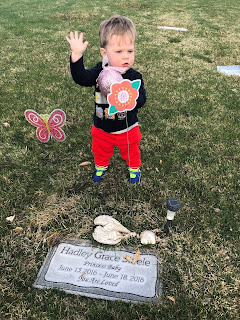 Savor Your Sparkle,
Leslie
Posted by This Sunday Kinda Love at 11:15 AM