I tried to think of a clever title for this post but nothing felt quite right. I don't want to be awkward so if reading about feeding a baby may offend you, please stop reading now (and get with 2018, ahem).

I feel like this topic gets really sensitive for people and I get it. But overall, I'm all about "you do you" when it comes to parenting. It's YOUR child and you know what's best for your baby AND your family dynamic. Breastfed or bottle fed, whatever, man. I've taught kids who were vegan, gluten free, ate McDonald's 5 times a week, lived on Lunchables and Little Debbies and every variation in between. The common denominator for success that I've witnessed in my teaching career has nothing to do with whether kids were breastfed or bottle fed. It's about parents who love their children and engage with them. So don't ever be ashamed or worried about your feeding choices (steps off soap box). 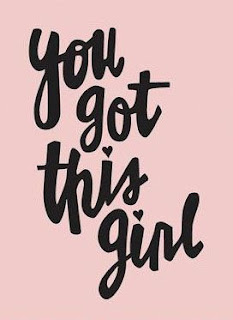 When I was pregnant with Hadley I was pretty "meh" about breastfeeding. I didn't know much about it but I knew I wanted to at least try. If it worked cool, if not, hand me some Similac, but I overall wasn't too concerned. When she was born and went to the NICU, she couldn't exactly feed like a healthy baby. My doctor did encourage me to pump, however, and said if I wanted to take some breast milk and put it in a syringe or on a q tip, I could put it in her mouth and it might provide her with some nutrients. So I did. I pumped in a hospital room and produced the tiniest smidgen of milk to put on the cheek of my baby who was struggling for her very life down in the NICU. It was weird and tough and not exactly a blissful introduction to breastfeeding. But I will say.....I proudly took that smidgen down to the NICU in a tiny plastic container feeling like I was delivering her the nectar of the gods. It sounds dramatic, but you have to understand, I could do nothing to help my baby, not even hold her, so I felt like by pumping a tiny bit, I was at least useful. A few days into it, when we learned her prognosis, I immediately stopped pumping and was glad I did. I didn't want to dive too deep into something I knew would abruptly end.

With Hank, I read a bit about breastfeeding and was determined to try it, but I didn't want to pressure myself if it wasn't working for us or if it was too frustrating. I bought bottles, got a breast pump through insurance, and was planning on visiting a local store called "The Lactation Station" (but Hank showed up on the scene before I went!). I wanted to be prepared either way. Once Hank was born, he ended up being bottle fed in the hospital. I didn't really have much milk the first day and a half or so after he was born. The nurses were absolutely amazing helping me and teaching me about pumping and helping me get Hank to latch. He latched for a little bit but he just wasn't really into it. I could tell he was getting frustrated so he primarily had bottles in the hospital. Once we got home I started pumping and was able to produce about half of the food Hank needed. We supplemented the rest with formula. 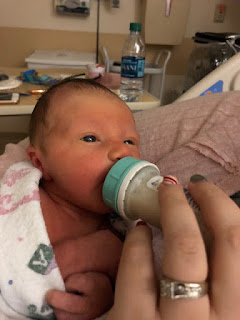 As my maternity leave went on I started pumping about 6-7 times a day. I tried a few more times to have Hank latch but he absolutely did not like it. He was used to the bottle and latching was just too much work. He would cry and get so mad trying to eat. So a few weeks in, I just let it go. I was able to save up a bunch of milk during my leave to freeze and I still have a stash of 20 or so bags in the freezer. I'm not freezing any now that I'm back at work, though.

I sometimes wonder what would have happened if I had kept trying with nursing. I wish I could have had that precious bonding that I hear comes with nursing. I think it'd be something special for Hank and I to share. But I also liked being able to go on date nights and things and leave Hank with a bottle and not worry if I had to go somewhere that he'd be hungry. I'll be totally real with ya'll: I didn't try that hard with breastfeeding. I didn't read books about it, I didn't visit the baby store for nursing supplies or tools that might make it easier. I didn't consult a lactation specialist. I know I could have kept pushing and trying but I didn't. And I'm truly at peace with that. The exclusive pumping with formula supplementation worked well for us (and it still does). I will never judge a mom who really puts forth lots of effort to nurse. I think that's truly admirable. Just like I will never judge a woman who doesn't want to nurse. It's admirable to make a choice that works for a mom and her family. 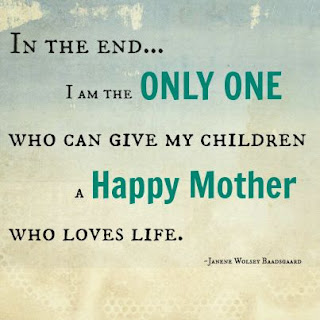 I'm still pumping 2-3 times a day (down from 6 or 7) and have begun the slow weaning process.  I'd ideally like him to still be getting fresh (not frozen) breast milk for at least another month or so. We'll see how it goes. What I do know is that Hank is getting fed. And he's developing delightful thigh rolls and an impressive double chin so I'd say it's all good. 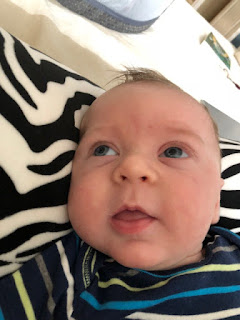 Savor Your Sparkle,
Leslie
Posted by This Sunday Kinda Love at 9:09 AM