Our trip was so much fun and in our ten days we spent:

1 night in Pendleton, OR
2 nights in Portland
3 nights at the coast in Neskowin
4 nights in Redmond

We had a great time and it was wonderful to catch up with family and friends along the way. Grab an iced tea, maybe some popcorn (my snack of choice) and get ready for picture overload! 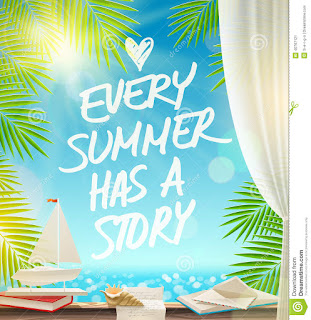 Well----before I get into our trip, I have to share about before we left on the trip. It was a bit of a comedy of errors. So the Tuesday before we left, AJ was golfing that morning and as I was getting ready I discovered TONS of ants crawling all over my nightstand. I promise we are clean people but yours truly may have dropped a kernel of caramel corn while munching in bed and well, the ants decided to have a party. On top of that, there were all sorts of nasty beetle things by our downstairs windows. Bugs and I are not friends. At all. I left the house because AJ texted me that he was going to attack those suckers with some serious bug spray and I didn't want to be around the chemicals. I got my nails done, went to Starbucks and worked on making blog headings (See those at the top of the page now in web view? Aren't they cute?). Late that afternoon AJ called and said our house was practically saturated in intense bug spray and I probably shouldn't sleep there that night. Ummm, ok. So I called my mom to let her know AJ and I would be crashing at their house. My dad was in the hospital recovering from his hip surgery (he's fine now, hi dad!) and my mom was staying at the hospital with him. So AJ packed up our stuff and we spent the night at my family's house. Staying at your childhood home without your parents there is weird. Just sayin'. We left a care package for my dad for his return the next day We had fun picking things out for it.  The next day we arrived back to a bug free house and got started on laundry, packing, and waiting for Comcast, because did I mention or internet and TV also stopped working? That day was also our 3 year anniversary so we went to dinner (which I threw up about 20 minutes after eating. Pregnancy life!), and went to a fun show at Salt Lake Acting Company (a gift from my parents). We got home around 11:00, and fell straight into bed. We had to be up early to load the car and get to the doctor for my 8:00 appointment.

Around 10:30, Starbucks in hand, my baby appointment was over and we were finally hitting the open road after a whirlwind couple of days! We spent our first night in Pendleton, a nice stopping place between SLC and Portland. There's a casino there, so of course we had to play some slots while we were there too! 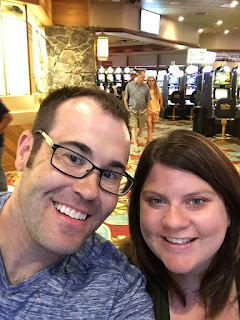 The next day we woke up bright and early and headed to Portland! My good friend Marie and I had not seen each other since my wedding three years ago, so when I told her we were making an Oregon trip this summer, she and her hubby Jonathan decided to visit Marie's family near Portland the same time we were there so we could meet up! Friday afternoon after we settled into our hotel, we walked to lunch at a cute pub, took ridiculously long naps, and then set off to find Roloff Farms. So, Marie and I are big fans of Little People Big World on TLC and were so excited to do the private VIP farm tour. We called months in advance and they told us to check back 30 days before our visit. We did and sure enough, they said no tours that weekend. Booooo! So AJ and I went to check it out and see if we might be able to get in. There were signs that said "Respect our privacy, please turn around now" so obvi we didn't go further, but it was still fun to see the gorgeous area by the farm. I vowed to return again during Pumpkin season! 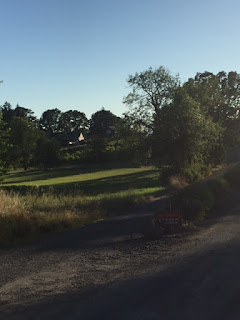 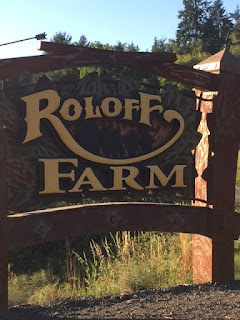 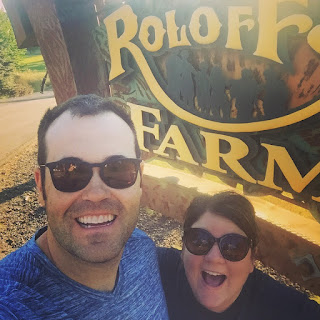 On Saturday, we headed to Blue Star Donuts. AJ and I had already tried Voodoo Donuts a few years ago and heard Blue Star was the place to go. I had a raspberry rosemary cake donut and AJ had a hard cider fritter. YUM! 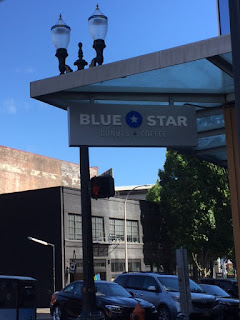 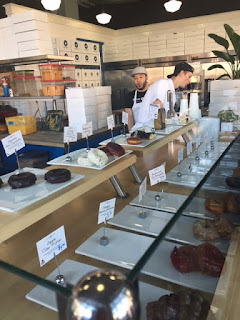 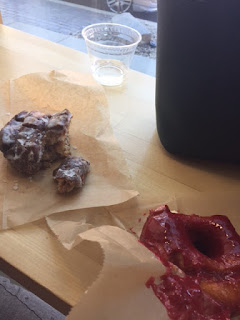 After our yummy morning treats, we walked around town and of course, needed to make a stop at Powell's Books. I was in heaven. We must have been there for over an hour. I ended up buying 2 new books that I would start on the trip and since we already own "Boss Baby," we bought baby the sequel! 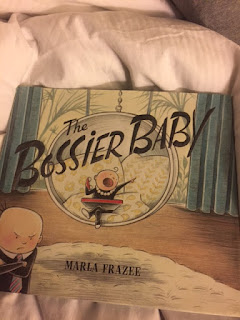 We walked through the Portland State Farmer's Market next. We did A LOT of walking but it was a gorgeous sunny day and it was nice to catch up with our friends as we walked. We stopped at a lunch spot and then went to meet our tour guide for our "Underground Portland Tour." Marie and I are both major history nerds so it was fun learning new facts as we walked through the city. We went back to our hotel and AJ and I found this delicious noodle restaurant that we had for dinner. The next day we would pick up AJ's brother Matt in Portland and we'd all drive to the coast to meet up with AJ's parents! The beach part of the trip was my most favorite, so stay tuned for that coming soon! 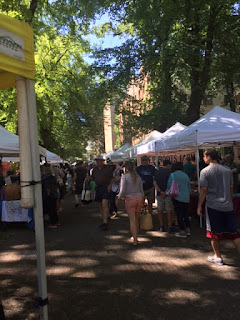 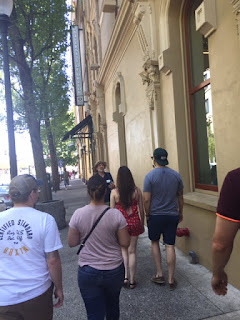 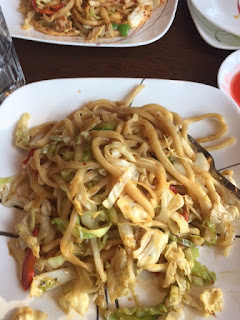 Don't you just love summer vacation?!
Posted by This Sunday Kinda Love at 10:27 AM