I was honestly sort of dreading June 13th. It was Hadley's 1st birthday so of course I wanted to celebrate her and remember the joy of becoming her mom. But still, the word "bittersweet" was created for moments like this. I am so thankful that AJ and I decided to deliver the bows from the Baby Bow Bash on that day. It kept us busy, engaged in serving others, and was a beautiful way to pay it forward for Hadley. I feel like the Baby Bow Bash was so healing for us that I found myself surprised as I was reminded of how many babies would benefit from the generosity of time and talent of our friends and family. As my pal Marie told me, "That is a lot of glam!" It certainly is. We wore our Bow Bash shirts and loaded up the car: 7 grocery bags of "bow to go" bags and 7 plastic storage containers. 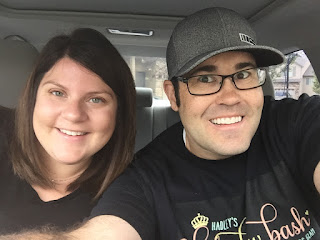 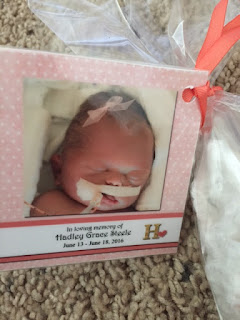 Our first stop was IMC where Hadley was. Yikes. I am so glad we did this hospital first. This was the only point during the deliveries that I really cried. There's just something about the lobby, the hallways, going through the NICU doors. It just really took me back. With both exhaled when we left and got in the car, assuring ourselves the other NICUs would be easier. I think there was some healing, though, in going back in. We felt brave. Yes, it's where our hearts broke but it was also Hadley's first home so it's special to us.

We headed over to our next stop of the day: getting AJ's tattoo! Yes, you read that right. AJ decided to get a Hadley tattoo just a few months after she was born. We both thought it'd be neat to get it done on her birthday. We booked the appointment a few weeks ago and AJ searched for designs and images he wanted for it. I think it turned out so well!!! The monogram is taken right from the wall of Hadley's nursery and the crown, obviously, is in honor of our Princess Baby! I held AJ's hand while it got done. Isn't it awesome?! 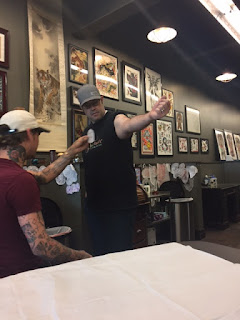 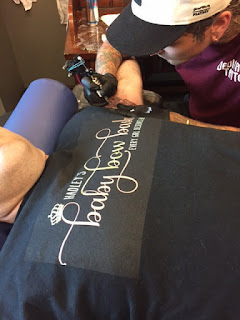 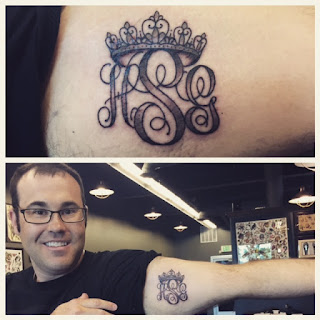 We totally underestimated how long the tattoo would take and we went to Primary Children's right after and then we were on the road to Ogden Regional by around 3:00. We then went to St. Mark's, made a stop at Walmart for a car charger (mine recently broke, my phone had died, and we needed it to navigate to the other hospitals). By this point, it was around 6:00 and we were starving so went to dinner at a special and favorite place: Buca di Beppo. We love it there and we had our rehearsal dinner there. It was nice to sit and chat for a while and get out of the car. 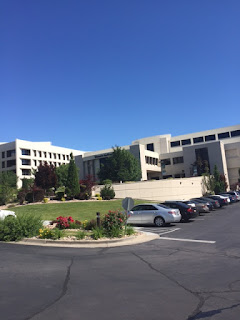 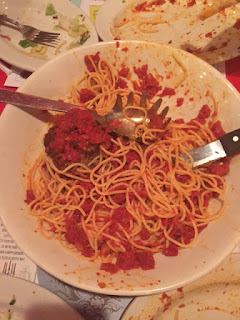 Next we stopped to visit Hadley. We brought her some flowers and saw that some family and friends had visited her too. AJ and I sat there during the "golden hour" as the sun was setting and stayed with our girl for a while. We bought a pink elephant for Hadley the day we found out we were expecting a girl and it's been at her grave site all year. We decided to buy her a new one for her birthday. It definitely needed replacing! 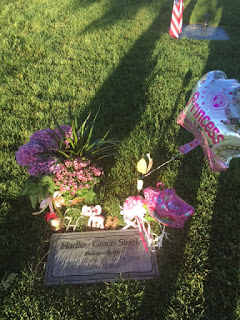 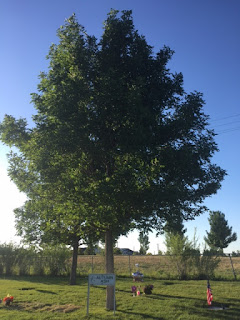 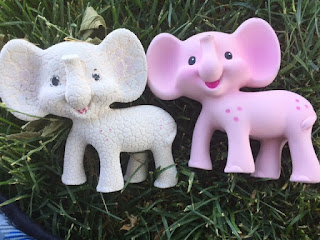 Then we headed south to Utah County, finished up at Jordan Valley hospital close to home and arrived home around 9:00! I thank God for exhaustion because it trumps sadness and I think we were so tired it was hard for us to be super sad. Our goal was to make our Hadley girl proud and I like to think we did. The nurses who took our donations were all so incredibly kind and emotionally touched. It was a really special moment giving them the bows. I'm not sure every June 13th will look the same (maybe I'll get the tattoo next year! Ha!), but it sure was a very special first ever Hadley day. Happy 1st birthday, Hadley! 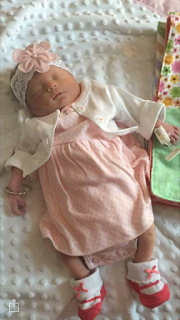 Posted by This Sunday Kinda Love at 9:14 AM