I titled this "Weekday Apple Cinnamon French Toast" because it's so easy, fast, and nutritious, you can totally make it on a weekday. This is certainly not something I'd make every day, but once a week or so is do-able. This recipe is a modified version of one found in "The 20/20 Diet."

The cast of characters:

Now, even though this is a weekday recipe, I did prep the apple topping the night before. While I was working on dinner, I chopped up an apple and sauteed it in the melted coconut oil. I figure if I'm already working in the kitchen on dinner, might as well get a head start on breakfast. I added cinnamon to taste (I like lots) and let the apple cook for about 5 minutes until it gets pretty soft. Remember to stir frequently to keep your apples from getting burned. At this point your house smells divine.I put the mix in a container ready for the next day. 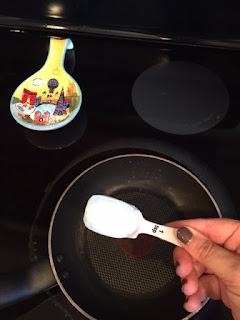 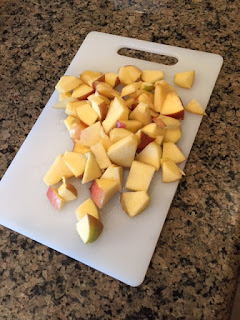 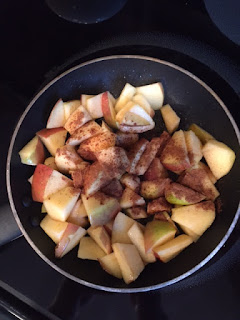 In the morning, simply crack an egg and add a small bit of vanilla. Soak a piece of whole wheat bread in the egg for a bit and then put in a pan on the stovetop (I used a little Pam to keep it from sticking). I cooked for a few minutes on each side and while that did its thing, I microwaved my apples that I prepped earlier. When your french toast is done, top with your apples and a sprinkling of pistachios. DELISH! 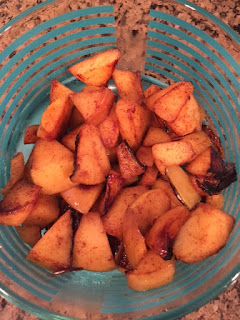 You're getting great flavor, a whole grain, protein from the nuts and egg, and an apple, too! I have tried some delicious variations with a dollop of Greek yogurt, some berries, granola, or other nuts like walnuts or pecans. If I was making this on the weekend, I might make two slices or even add some peanut butter or nutella to make it extra decadent. How yum would some pumpkin be too? OR you could ditch the french toast all together and put your apples on yogurt or oatmeal!  The possibilities are limitless. I love love this easy peasy delicious breakfast. Give it a try!
Posted by This Sunday Kinda Love at 6:41 PM