Lest you think I don't read at all anymore and that's why I haven't done a book update in a while.....you're right! Here's what I've been watching lately. I DO have the book "Leaving Time" By Jodi Piccoult on my nightstand and once I can read more than 3 pages without passing out asleep, I will make a dent in it....probably over the weekend. Until then, pass the remote.

The Bachelor: I'm digging this season. One, I really like Ben and appreciate ABC trying to make it up to us after Juan Pablo (shudder) and DUI-hoarding farmer Chris. Besides Olivia and sometimes Jubilee, I actually like most of the girls. I think Caila is adorable and would make a great Bachelorette. I'm calling it now, I think Lauren B (the flight attendant) and Becca will make it to the top 3. I think Leah is on her way out soon (pretty much zero camera time). I'm curious if they will play out the whole twin thing more. I was glad Ben "split them up" because they are, you know, TWO SEPARATE people. Olivia is the token psycho and I'm wondering if the girl who actually speaks up and tells Ben that she's a bunny burner will "lose their connection" and regret speaking her mind. Nothing like watching a poor ill-informed Bachelor falling prey to a witch (ahem, Ben's season). 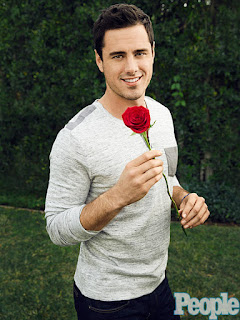 My Diet is Better Than Yours: I was not planning on following through with this show, but I got totally sucked in. I just cannot with The Biggest Loser this season (the "temptation" element is really demeaning....".you can eat this donut OR make a friend eat it." Hello weird food issues) so this is a great alternative. It's actually super interesting which diets are successful. I'm not so sure it's necessarily demonstrating success of a particular program as it is the willpower and excitement of certain contestants. It's TWO hours a week so I'm known to fast forward most of the physical challenges, but all in all, I'm liking this show. 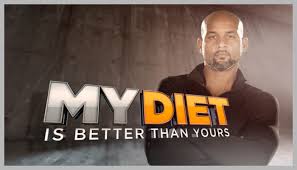 Pretty Little Liars: Oh, PLL. I was completely hooked on this show last season when I was on the edge of my seat dying to know who the real "A" was. I really liked the suspense and scary elements and I think the show should have gone out with a bang after the reveal. Seeing the girls shockingly well adjusted after their time in captivity by a psycho (and with killer wardrobes) 5 years in the future is a little hard to buy. But will I stop watching? No, no I will not. 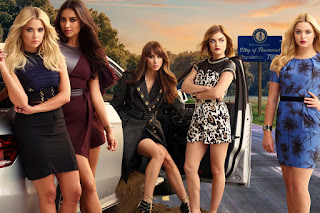 American Crime: AJ was way into this show last season and I never really got into it. This season is about a school incident and there's intrigue, sex, class, and race issues. It's good! It's nice to have an actual drama show that's NOT reality TV. I also love the concept of the same cast of actors each season but playing totally different parts each season. Interesting and it keeps 1 storyline from dragging on. 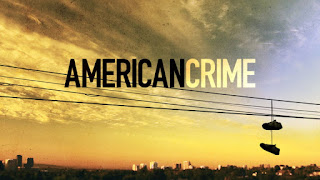 What shows have you been into lately?
Posted by This Sunday Kinda Love at 5:54 PM

Email ThisBlogThis!Share to TwitterShare to FacebookShare to Pinterest
Labels: TV