It's no secret my taste in television is....well, let's say "unrefined." Sometimes I feel like my DVR is embarrassed for me. But I like what I like so there. This spring I finished Parenthood (well, all the episodes on Netflix....I'm dying for season 6, but I'll wait patiently) and I love love loved it! I wanted to start a comedy so  at the beginning of the summer I started and finished "Young and Hungry." I watched every episode with this internal dialogue going on:
This is sooo dumb.
Hahaha, okay, so this show is sorta funny.
Dumb. It should be called "Young and Hungry and Dumb and Some Laughs"

So in a quest for some more quality programming with expert acting ....

I started "Melissa and Joey."
I know, I know. BUT, it's a cute show and it's perfect to have on in the background while I cut lamination, clean the kitchen, and label 178789268 things for my classroom. 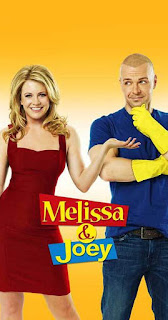 AJ and I watched all of "Army Wives" last year (LOVE that show) so we wanted to start another show together and decided on Scandal. Well, since we've had craycray schedules this summer (him waitering, me teaching writing, both of us popping into school at random times), we've only made it through 3 episodes so far. So until we get in a normal groove when school starts, I'll stick with my fluff on Netflix for now. I might get ambitious and try tackling all of West Wing.  Any other series suggestions?!

Little Women LA: Ohhh boy. This show is insane. It's not as good as the New York season (because little people hailing cabs like a boss was really cool to see) but let's face it, I'll keep watching.

Next Food Network Star: This is a great season! I look forward to this show every summer and the final 3 are all good choices. I could do without Giada and Bobby's smug flirtation, but this is a great fast-paced, fun show.

Teen Mom 2: Oh yeah! This season is back and so is the drama. It's great relaxing on Thursday evenings listening to Janelle's mom scream "Jahhhh-neeeelllllllle." This is one of the shows AJ and I cannot watch without each other. The commentary is the best part.

Little People Big World: I think the show is sad now that Matt and Amy are divorcing. It's like sitting in their living room during a fight wondering "Where should I look? What should I do?" If it weren't for all the fun wedding planning details (their son is getting married on their farm), I would probably ditch this one.

And my most favorite non-reality show:
PRETTY LITTLE LIARS! I won't get into all the theories and predictions, but I cannot get enough of this show. 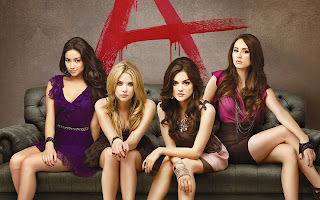 What are you watching lately? Are you excited for fall TV?

Posted by This Sunday Kinda Love at 6:50 PM