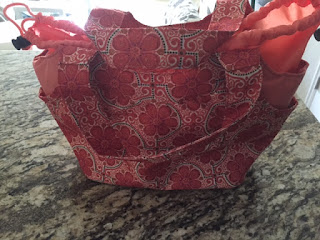 This week? It's weird! It's like kinda summer and kinda not. It's AJ's last week waitering but he doesn't have to be back at school yet so he's been busy getting work done at home. I started back officially today with back to school meetings but popped in Monday and Tuesday for a few hours to get some things done. So we're in limbo here in the Steele household between school and summer and it just feels weird. That picture up there is my lunch box. Yes, I am back to packing lunches and that was a freakin' reality check last night. We headed to Costco for some easy to pack items like hummus cups, granola bars, string cheese etc. I usually pack both of our lunches the night before. I guess this back to school thing is really happening. So.....What have we been up to lately? 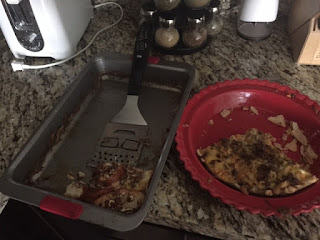 On Sunday I hosted a brunch for some fabulous ladies from my former school. It was so great to see them again and it's such a blessing moving on professionally but still maintaining the personal connections with each other. I made cinnamon baked french toast and sausage egg pie. I'll post that recipe later this week. It's divine! 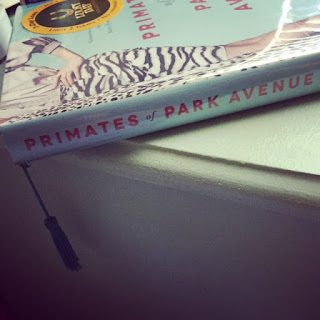 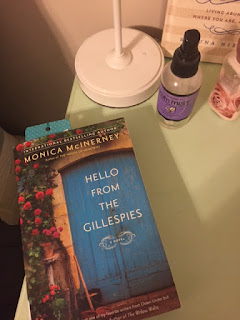 I read started and finished a book this past weekend called "Primates of Park Avenue." It was very interesting all about the lifestyles of the wealthy and privileged on the Upper East Side. I was shocked at all the excess and it's all true. Crazy. I just began a new book called "Hello From the Gillespies." It's by an Australian author and since I LOVE Liane Moriarty's books this one is apparently similar so I'm hoping it's good.

Well, folks, my man just called and is on his way home from golfing with some pals and I must do laundry and go. to. bed. early. I'm this exhausted without the children at school yet? Hold me!

PS) I posted this entire post on my classroom blog before realizing I needed to put it here and delete it there. Oh boy.
Posted by This Sunday Kinda Love at 5:38 PM